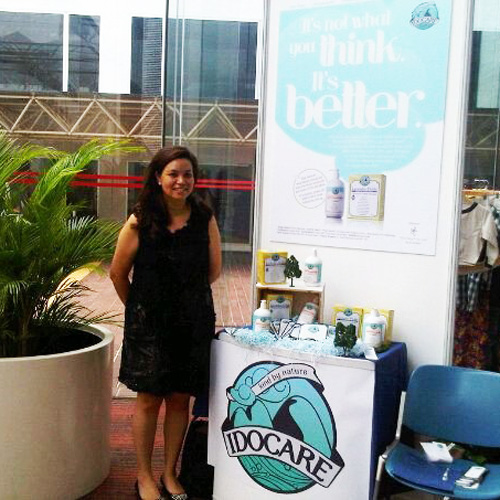 For this week’s Behind The Brand, I met with Humaa, the creator of Idocare – a brand new line of eco-friendly cleaning products. We talked about what led her to an unexpected change in career direction, how she built her business, and her motivations to create something that makes the world a little better.

Now, I really imagined Humaa to be some kind of industrial chemist or mad scientist – I mean, who else formulates cleaning products? But I was so inspired to learn that it was the creation of a Mommy fuelled by the passion to keep her baby safe.

Humaa’s story is something that I think we can all relate to – traveling a certain path in life yet still searching to find what makes us happy. Sometimes it’s about not being scared to pursue the thing that grabs your imagination, even if it leads you somewhere quite unexpected. It might not make for the most conventional life, or the easiest, but it can definitely make the most impact!

It all began in London, where Humaa studied law. Upon graduation, she returned to Singapore, but when she began to practice, she just didn’t love it. Later, in the advertising world, she found the same thing. Finally, after becoming pregnant, she decided to become a stay-at-home Mom. She became concerned with the toxic chemicals being used in her home and wanted to find safer options – but what she found in Singapore was just too expensive. This is when the idea for Idocare came to her.

She began to research and study, determined to create her own cleaning solution, and she realized that by getting rid of certain toxic chemicals she could improve the health of her home and, even just a little bit, the health of our planet.

But imagine if everyone else did the same! Well, that’s exactly what she set out to make happen!

Humaa realized early on that for people to make the switch to more natural products, they would not only have to cost the same, but also work, smell and feel the same as what people were used to from their conventional products.  To achieve this, she had to strike a balance – by figuring out what mattered the most to her and what would be easiest for consumers to adapt to their life. She thought about which problems she hoped to improve and what she absolutely would not work with.

With that, Humaa had a very clear idea of what she wanted to put out there:

She definitely set the bar high, but she has a strong motivation! The whole process took well over a year – from research, to finding a reliable manufacturer and developing the formulation. Even the manufacturer was learning along the way – until then they had only made conventional cleaning products, and getting good results with new ingredients took a lot of trial and error. But finally, they got it right – creating a high-performance cleaning product that’s non-toxic, natural and safe! This goes to show, you don’t have to succeed the first time, or even the tenth time – you just have to keep trying.

Humaa has put all of herself into this – it’s in the product, the packaging, the design and it’s in her contribution to the effort.

I’ve been using Idocare products for a couple of weeks now, and here’s what I think: 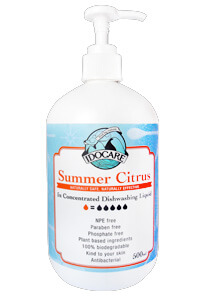 Simply put, it cleans your dishes as well as any other dishwashing liquid I’ve tried. Even better, it’s concentrated so that a little goes a long way, and it uses less water, energy and packaging to produce. Why not use something that is effective and has less of a negative impact? It makes sense to me! 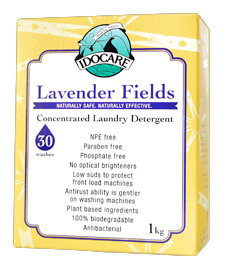 This has turned out to be fantastic for soakings. My daughter is a little monkey and is always covered in all sorts of messes – her clothes bear the marks of adventures with food, paint and puddles. What I’ve been doing is soaking her clothing in a solution first and then washing in cold water and done – clean and ready for the next adventure!

Behind the Brand, Home, Skin & Wellness