Where else is BPA lurking?

Canned food is often full of artificial flavourings, too much sugar or salt – no surprise here, how else are they meant to make something sit on a shelf for years and still taste good?! But even if you do find a brand that is healthier (organic, low sodium…) it turns out you may still may have BPA to worry about! They’re not making it easy on us are they! Let’s take a look at what’s happening: 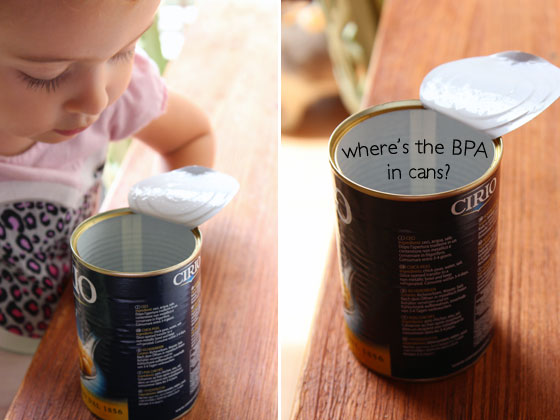 BPA is all about the plastics right, so what’s it doing in cans too? It’s actually found in the plastic lining inside cans, which is used to help extend the shelf life and prevent corrosion. If you hadn’t noticed it before, next time you open a can, take a look inside.

BPA is used to make plastic, and was originally developed in the 1960‘s, but it wasn’t until 2011 that the American Medical Association labeled it as an “endocrine disruptor” Though the FDA has deemed it safe in small amounts, researchers are now concerned about the potential effects of BPA on the brain, behaviour, and prostate gland in children, both before and after birth. It’s been shown to raise risk for cancer and other diseases found in animal studies. A recent study from Harvard showed that people who ate one daily serving of canned food over a span of five days, had a ten-fold increase of BPA in their system. And worse yet, if you eat an entire meal from a can, say a soup, levels spike up to… 1000 percent! 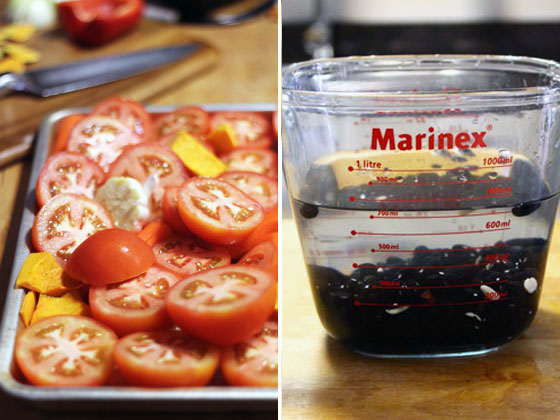 So, as always, the best option is whole foods: whole tomatoes instead of canned tomatoes… but let’s not lose perspective. The goal is to reduce our exposure to chemicals, and, if the occasional can of tomatoes helps you get dinner on the table – you’ll likely be healthier for having eaten the tomatoes than not.

I think the point is to not rely on canned foods. Even though it’s not always easy to remember to soak our beans the night before, or take an afternoon to cook a pasta sauce – if its important to you to eat well and be healthy, then make it a priority. We can always choose to enjoy the experience of slow-cooking… I like pretending that I’m on a cooking show, unless that’s embarrassing, then… it’s totally not what I do.

P.S. in case you’re wondering, “what the heck can I eat?!”, check out this website. They emailed several food manufacturers to ask them directly if their products have BPA and list out the brands that are BPA-free!

3 responses to “Where else is BPA lurking?”